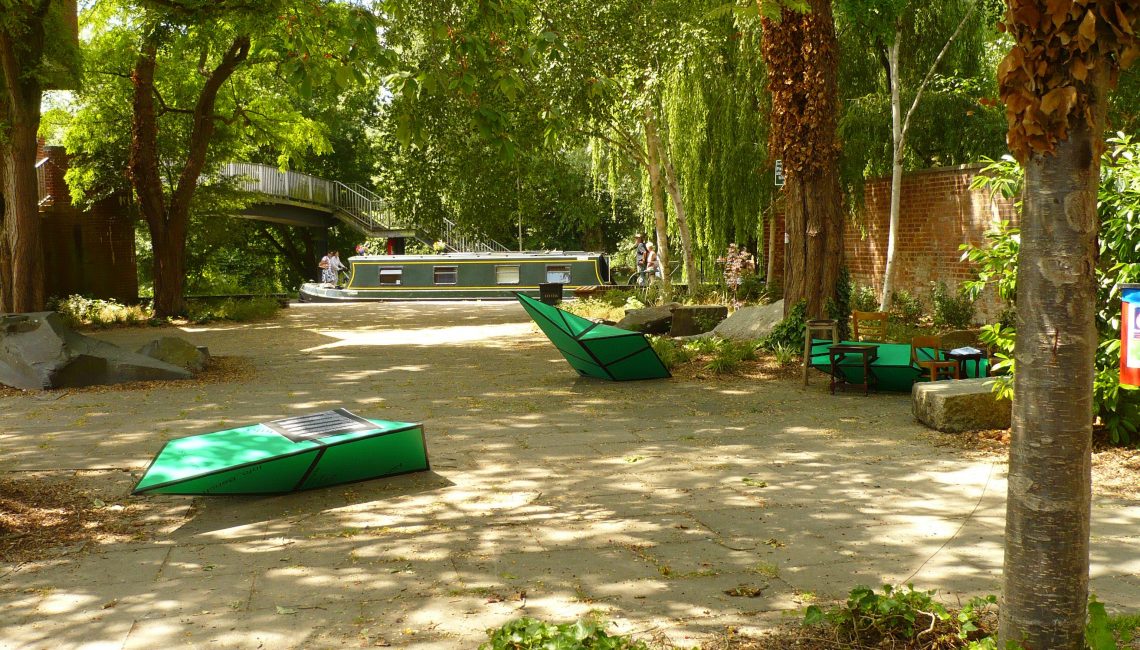 Oxford City Council invited OB1 LIVE to create designs to improve an under-used public space in Jericho as part of a public consultation.

Students were tasked with exploring different aspects of the site – the sounds, smells and atmosphere, as well as considerations such as ownership and health and safety. Following a site visit, the students presented their proposals to an area planning committee meeting in St Barnabas School in September. They were well received and a working group of residents, local councillors and a council officer was formed to follow up on the ideas. There was strong public support for the students’ proposal to remove the wall to the canal. Significantly, the Council decided to implement this proposal, restoring views of the water to those dwelling in Mount Place public square.

With a notional budget of £10,000 the students came up with 18 scenarios. These included suggestions that the area could be contoured or terraced to offer different levels for seating; that it could encourage nesting birds with a ‘bird house’ and that a drinking fountain might be introduced for passing joggers. One plan, inspired by local window boxes, considered creating wooden ‘public window boxes’ where local residents might plant their own flowers. All the students wanted to retain the trees with one plan aimed at converting the area into an ‘arboretum’ with new wooden bench seating.

Oxford City Council asked OB1 LIVE to install a prototype seating structure on the site in the summer of 2010. Students hosted a consultation event with local people to try it out and offer feedback. Now that the visual links between Jericho and Oxford centre had been restored by the removal of the canal wall, OB1 LIVE was commissioned to design and make a permanent information board to welcome visitors to Jericho and tell them about the area’s history and character.