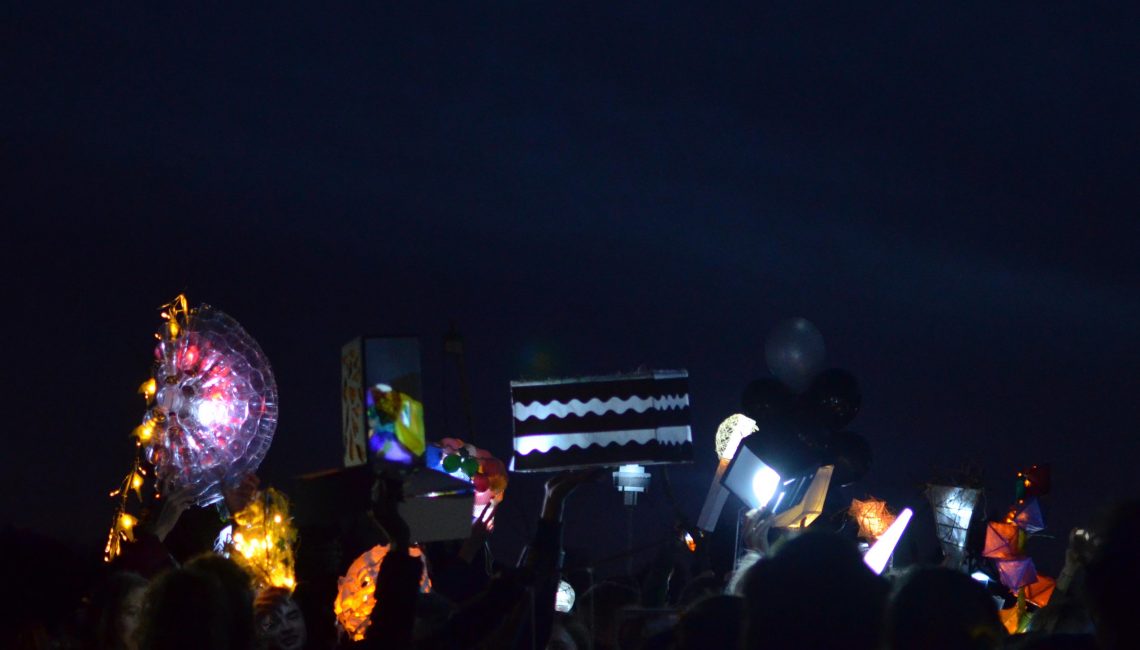 OB1 LIVE held an inaugural Lantern Festival in Warneford Meadow. In 2009 the meadow was designated a “Town Green” and protected as a public resource with areas of Special Scientific Interest. At the time of this project, local people were engaged in discussion with the adjacent Churchill Hospital about a proposed “Maggie’s Centre” for cancer care to be located on the edge of the site within the trees. Inspired by the community supporting benefits of the lantern festivals held by students at the Bauhaus school of art in Germany between the wars, lanterns were made and an event in the meadow planned. The event was designed to be visible to those in the hospital who were unable to access the meadow for health reasons. Neighbours in the adjacent hospitals, houses, golf club and care homes were invited and there was also a good turn-out of other students from Oxford Brookes University. This gave us the opportunity to learn more about Warneford Meadow and the people who use it.

The event was designed to start with a giant game of “infection” where one’s lantern was lit after meeting someone with an already lit lantern. As the meadow became illuminated this transformed into a game of “snake” with everyone walking through the meadow, joining the procession.