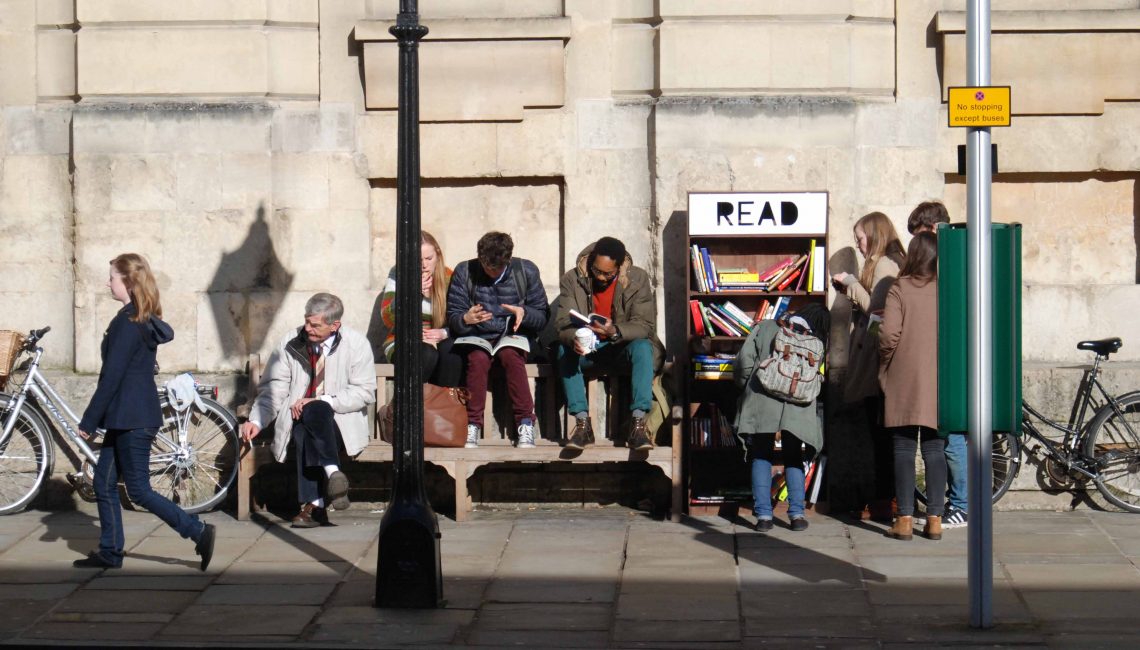 OB1 LIVE were asked to engage with the interests of a local group and to express this in a public context via either a Collaborative Action or Artefact. This resulted in sixty-two collaborations undertaken within fourteen days. They worked with formal groups like Oxford Animal Sanctuary and more informal groups such as a project to connect the residents of a particular street via an analysis of their various energy consumptions. Actions included a balloon release for CND, a bus stop library and a slacklining awareness event. Artefacts included a map of tourist sketches of Oxford, a martial arts manual and the film of a disagreement.

Participants: Sixty-two groups, each with at least one member resident in Oxford.