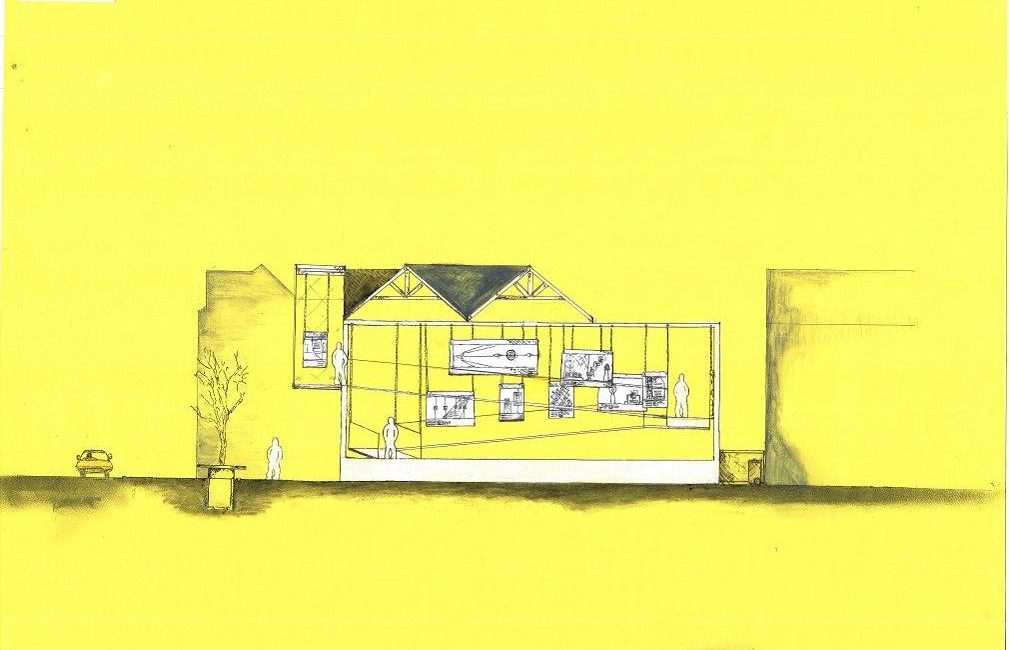 In Phase 2 of our collaboration with Archeox, the East Oxford Archaeology and History Project, OB1 LIVE made proposals for a small local museum for Archeox’s collection of archaeological artefacts found at Bartelmas Chapel, Cowley and Minchery Priory near Oxford United’s football ground. The finds revealed important evidence of a leper hospital at Bartelmas Chapel and include prehistoric and medieval finds at Minchery Farm.

Proposals were made for Small Museum of Things in the derelict Cowley Road former home of Victorian photographic pioneer, Henry Taunt. Archeox had used his archive of photographs to assist with their research into the history of the area. The design proposals were used by Archeox to inform a bid to develop a local museum at the site.

Although each architectural proposal was unique, certain recurring conceptual ideas emerged that were particularly fruitful and revealed shared territories between the disciplines of architecture and archaeology. These included a fascination with tangible concepts such as layers; the earth; fragments; objects; weathering and ageing; the tactile and material nature of the activity of archaeology; and relationships between the act of digging and the act of building.

Intangible concepts that inspired several projects included uncovering and (re-)discovery – often expressed as a manipulation of light within a space or a gradual revealing of an object or space; re-connection of objects with their original context; the importance of stories sparked by the objects and artefacts; movement as a way to re-animate redundant objects; and an empathy with the need to record ideas and objects with images as well as words.

Culturally-based proposals tended to be concerned with exciting the public about the activity of archaeology itself and not just its finds; engagement with current and past communities; and the reinvention of the traditional glass museum case to create a more engaging and tactile interaction with artefacts.

Collaborator
Archeox. With particular thanks to Jane Harrison (Archeox) for her input to develop the brief.