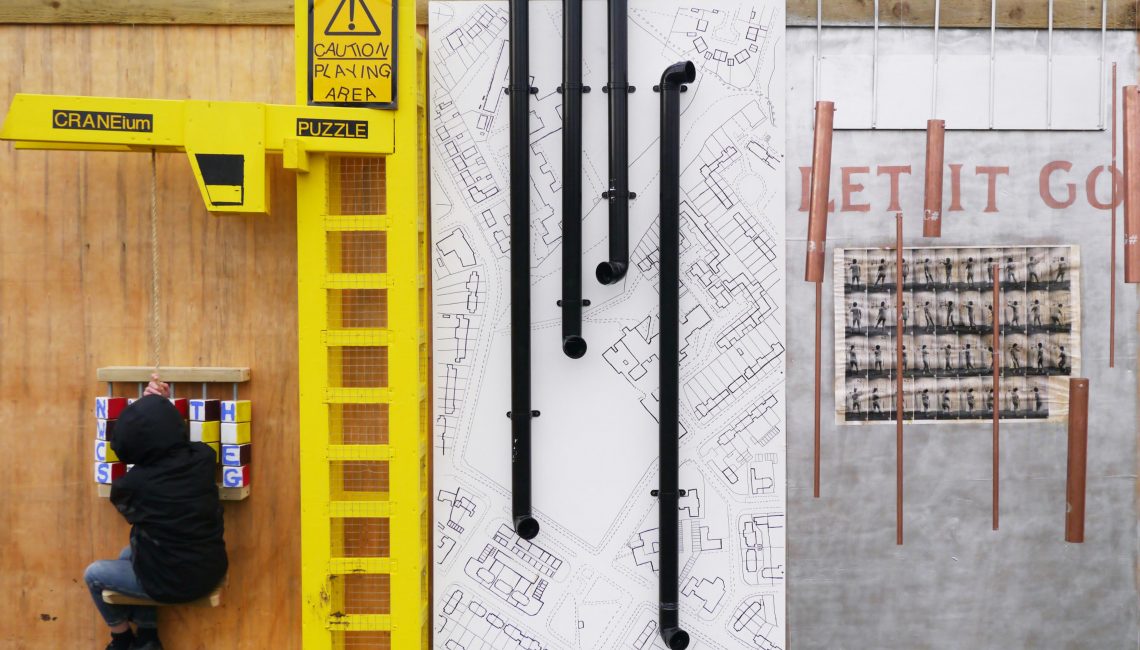 This project involved a collaboration between OB1 LIVE, local residents in Oxford’s Northway, GreenSquare Group developers and Stepnell Construction in order to design and build an interactive, three dimensional hoarding around a significant housing development at Northway, Oxford. Despite adverse weather conditions, the hoarding was installed across the length of the park at Northway for the duration of the semester to provide alternative facilities and recreation for local people while their Community Centre was enclosed by the construction site hoardings. Local children, dog walkers, nature lovers, sport enthusiasts, music and book lovers and many more were catered for by the hoarding installations and the response from the public via text and social media was very positive.

“Just a quick note to thank you and your students for the creative and innovative display that brightens up my early morning walk on Northway field. I have sent you pictures of my dog….who has selected this project as his favourite through selecting a poo bag and ball to play with before returning for a drink…..Well done everyone they are all very enjoyable and cleverly designed with much appreciation.”

In the second phase of this project, the hoardings were exhibited at half scale as part of the Outburst Festival at the Pegasus Theatre on 5-7 May 2015.

Consultations and the public’s reception of the hoarding project informed a final project to design an alternative community centre for Northway on the redevelopment site. Proposals for this included growing spaces, skater spaces and refugee kitchens.