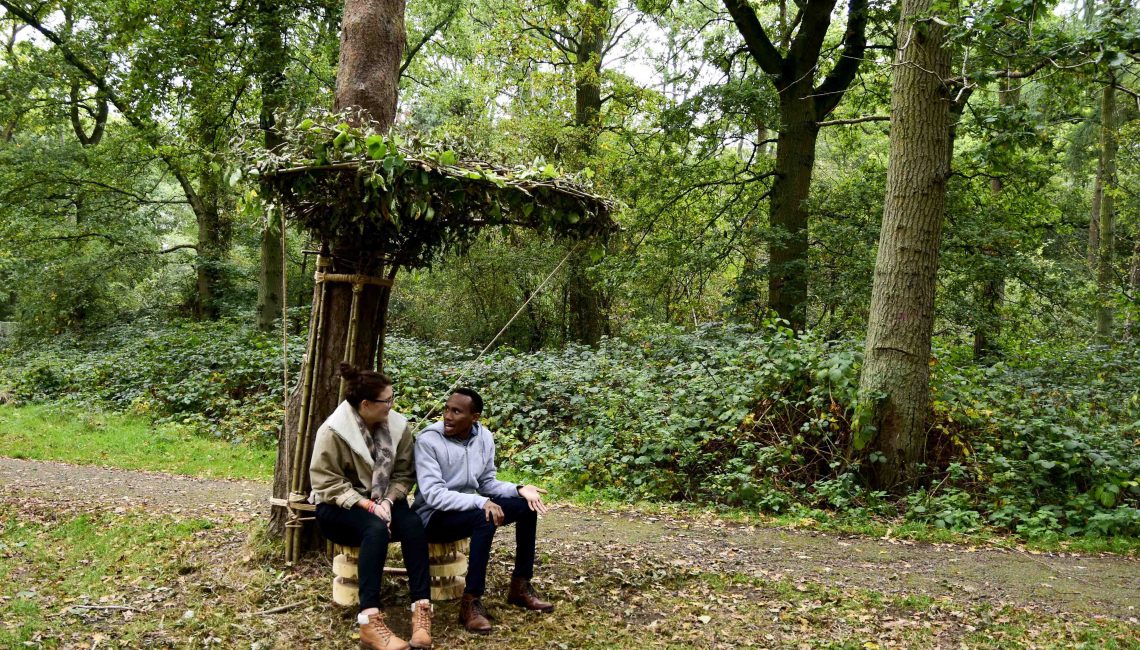 The site is an urban woodland in Oxford called Magdalen Wood (west). It is owned and managed as a nature reserve by Oxford City Council and is located between the housing estates of Wood Farm and Slade Park. The project evolved following the success of a previous community project on the site completed in 2015. Initiated by our collaborators, a coppiced hazel dragon was created by artist Stuart Turner as a structure to support play in the woods.

The aim of the first phase of “Learn It Inside Out” projects were to generate ways to exploit the potential of Magdalen Wood as a resource on the doorstep for the local community. The focus was on issues such as childrens’ right to play, family cohesion, strong communities, health, wellbeing and fitness, food, access to nature, science and education.

The second phase was a more speculative project to design a base in the woods for classes of local school children that shelters its occupants while also immersing them in nature and encouraging them to enjoy spending time outside. The classroom was to be suitable for a class of up to 30 children and their teachers visiting Magdalen Wood to spend time learning in and about, the natural world.