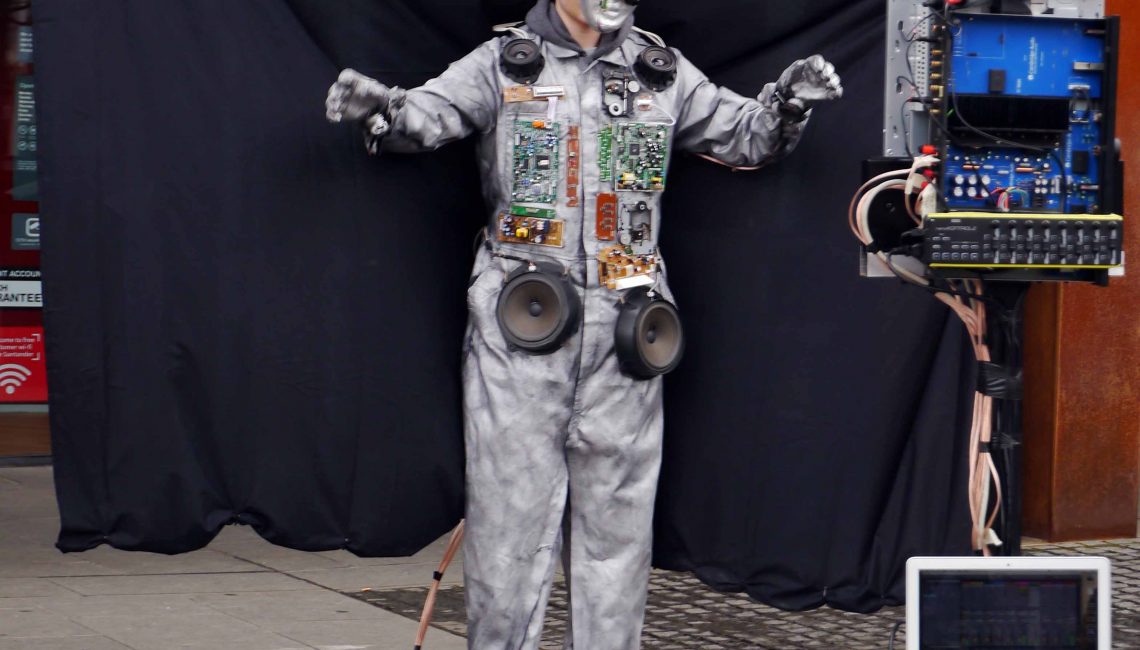 The Playable Buildings project was located on the public plaza of the John Henry Brookes Building at Oxford Brookes University and was part of the Audiograft Festival 2016. The Playable Buildings were interactive buildings that are also musical instruments that were large enough for one person to perform in it. This project gave OB1 LIVE the opportunity to test the potential of public art, architecture and design to activate public space, engaging people with their environment and community. We collaborated with sound artist Shirley Pegna to create a public performance event using the Playable Buildings. The project explored architecture’s synergy with music, the performative potential of architectural design and the role of both disciplines within the field of public art.

Installations focussed on the active architectural elements and their interaction with the building’s occupants. They exploited the performative and acoustic qualities that are present in every building such as open windows, the drama and sound of movement between spaces that happens in places such as doorways, rituals or activities such as cooking and cleaning as well as background sounds that we may normally ignore.

The resulting Playable Buildings included a glass harmonica that with a scale derived from an investigation into different domestic activities and their different levels of water consumption; a space that required the audience to choose between listening or looking; and a space that rang bells as your body navigated through it.