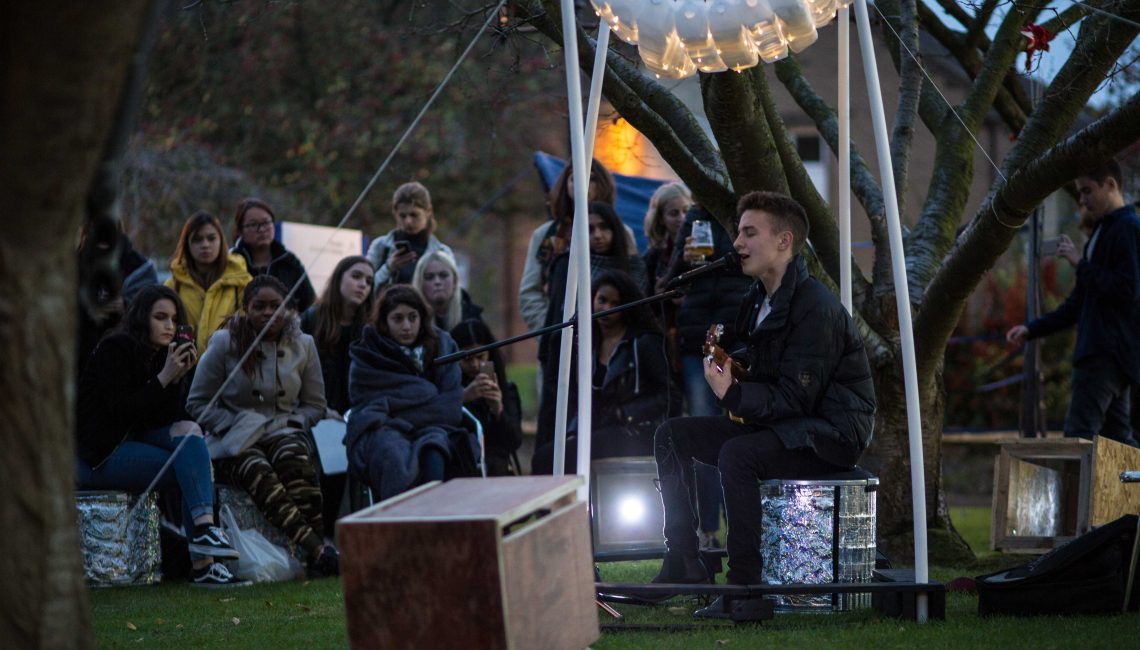 OB1 LIVE developed the second phase of a live project that had been begun in the previous year by students in the International Architectural Regeneration and Development Masters (IARD) course. IARD students had worked with Oxford Brookes University Estates Department to draw up and discuss alternative masterplans for the long-term development of the Harcourt Hill Campus.

OB1 LIVE developed one of the masterplan strategies that proposed the use of performance as a trigger for development. Performance is a feature that unites the Education, English and Languages courses at Oxford Brookes University and Harcourt Hill campus possesses a theatre building that is currently under-used for that purpose. OB1 LIVE began by exploring performance as a trigger for interaction and consulation on campus.They designed and built pop-up “Performance Pieces” for an outdoor theatre event that they managed at Harcourt Hill campus. The event enabled OB1 LIVE to interact with campus users and members of the community. This informed a second project, “Performance Places”. Students proposed designs for a new Foyer for the Theatre at Harcourt Hill Campus which would enable rehearsal, improvisation and performance activities for staff, students and the local community.