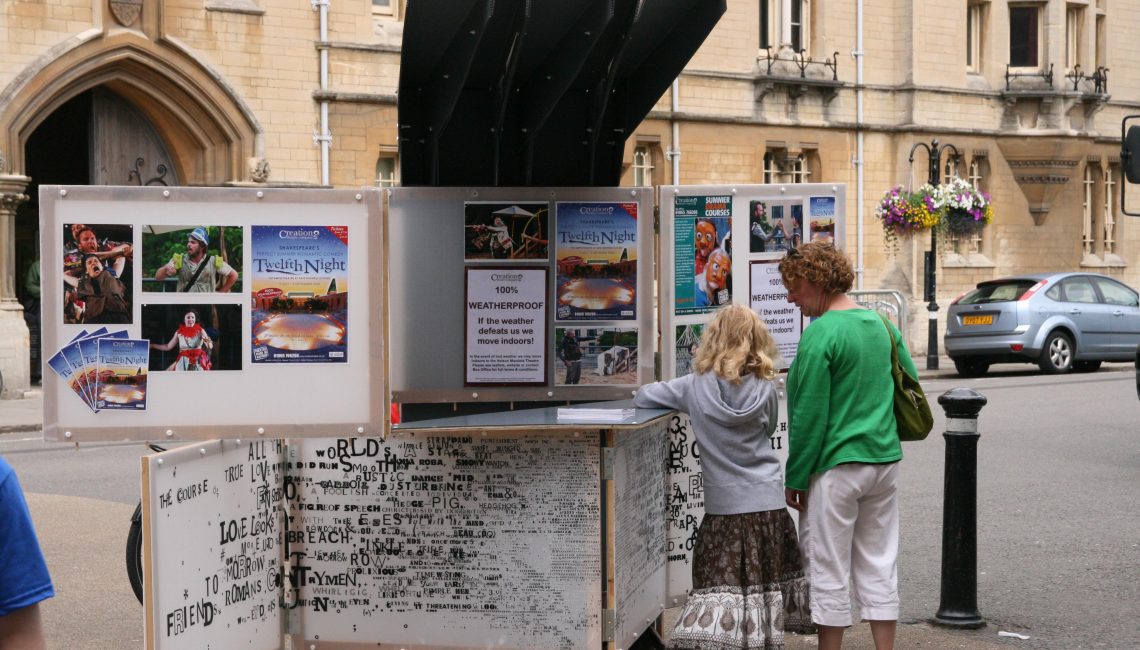 A design and build project for Creation Theatre Company, Oxford for their site-specific production of Twelfth Night in the Said Business School. The brief: to design and build an Information booth in Broad Street, Oxford for the evenings & matinees as well as an advertising hoarding in the daytime during their summer season. The project was sited in a conservation area and had to show sensitivity to the immediate historical context as well as the staged imaginary worlds of Shakespeare for later productions.

With thanks to: Creation Theatre Company, Oxford, Gifford and Letraset