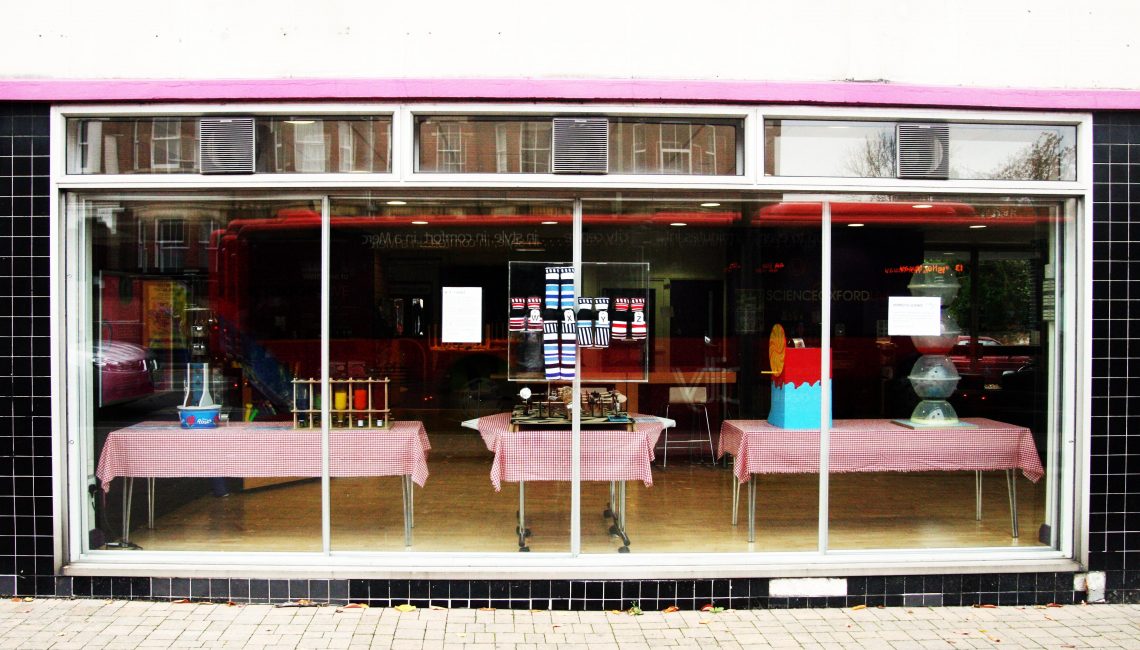 Following a review with Science Oxford, six inventive appliances were chosen to form an interactive exhibit for school children during the half term holidays at Science Oxford called “Domestic Science”. Their inventors ran a “meet the designer” event for children and their parents during the exhibition to explain the science behind their Domestic Appliance and to talk about how they designed and made it.

“This was a really worthwhile activity as far as we were concerned. The students engaged with the problem in a very innovative and creative way, and I had a very difficult job to select the exhibits that we eventually used in the gallery. The ones that we did choose were excellent: the students were great to work with, and took my suggestions on board. In each case we ended up with an exhibit that that was fun and engaging, and also robust enough to withstand the attention of several hundred primary age children!”